Residential Ministers live in university residence halls and apartments to accompany and support students of any or no faith tradition. The twenty-five trained pastoral ministers to represent a variety of faith traditions, professional careers, and personal backgrounds. Together with the full-time Campus Ministry staff, Residential Ministers embody Georgetown’s commitment to cura personalis by caring deeply for the spiritual, emotional and social needs of all students.

In addition to offering individual support and guidance, Residential Ministers open up their homes weekly for students to meet with friends and unwind over homemade snacks. They also provide opportunities for students to engage with social justice issues, foster personal health, and wellness, and build a community which is further explained in the volunteer description. 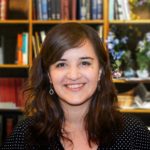 Carmen Fitzsimmons is a graduate of the Georgetown College Class of 2008, where she majored in Theology. After Georgetown, she studied at the University of Notre Dame and earned a Master of Theological Studies in Catholic Systematic Theology. She currently serves as the Catholic Chaplain for Faith Formation at Georgetown University. Carmen lives with her husband, Mike Rosenblatt, and their family. 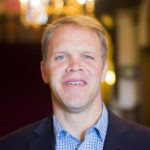 Tony Mazurkiewicz is originally from Chicago, IL. He earned a B.A. in History from Yale University and an M.Div. from the Washington Theological Union. Currently, Tony serves as the Chaplain for Athletics and the Senior Advisor of the John Main Center for Meditation and Inter-Religious Dialogue at Georgetown University. With over 20 years of experience in education and pastoral ministry, he lives on 36th Street with his family. 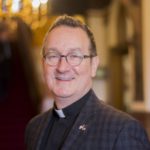 Mark Bosco, S.J., Ph.D., is Vice President for Mission and Ministry at Georgetown University and holds an appointment as a Professorial Lecturer in the Department of English. A native of St. Louis, Missouri, Fr. Bosco joined Georgetown after fourteen years at Loyola University Chicago, where he was a tenured faculty member with a joint appointment in the Departments of Theology and English. He was also Director of Loyola’s Joan and Bill Hank Center for the Catholic Intellectual Heritage from 2012-2017. At Loyola, Fr. Bosco lived in residence at Fordham Hall and provided students with spiritual guidance and home-cooked meals. 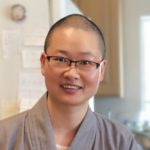 Ven. Yishan Qian is a fully ordained nun (bhikkhuni) in the Chinese Mahayana Buddhist tradition. She was ordained into the Linji School of Ch’an Buddhism in 2008 and received full ordination from the Fo Guang Shan Buddhist Order in 2011. She earned a bachelor’s degree in Comparative Philosophy from Wuhan University and a master’s degree in Buddhist Studies from Hangzhou Buddhist Academy. Ven. Yishan has completed an M.Div. in Buddhist Chaplaincy from University of the West in Southern California and is currently pursuing a doctoral degree in Buddhist Ministry. 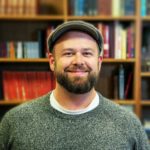 Jeff is originally from Mount Shasta, California. He completed his undergraduate degree at the University of Oregon and earned a Masters in Philosophy of Religion and Ethics at Biola University in Southern California. Most recently, his academic endeavors took him to Scotland where he earned a Masters in Historical and Systematic Theology at the University of St. Andrews. Jeff has over 10 years of ministry experience in the Presbyterian Church, serving both youth and college students in church and college campus ministry settings. Jeff lives with his wife Hayley, who is a Georgetown alum with a degree from the School of Foreign Service. 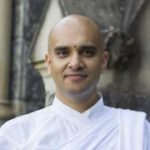 Brahmachari Sharan, Ph.D. was born in London, England. He pursued monastic studies in India where he was ordained into the Nimbārka order of Hindu monks in 2003. Returning to the U.K., Dr. Sharan completed an MA (Hons) and Ph.D. from the University of Edinburgh, with pre-doctoral training at the University of Oxford. He currently serves as the Director of Dharmic Life and Adjunct Professor of Theology at Georgetown. 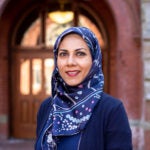 Born in Pakistan, Umbreen completed her Master’s in Computer Science at the University of Central Punjab in collaboration with Arkansas State University and settled in New York. Umbreen has been working as a Software Developer in the field of IT for a number of years. She served the Muslim community in various volunteer roles. Upon finding her calling to serve humanity more intimately she earned the Graduate Certificate in Islamic Chaplaincy, from Hartford Seminary, CT and completed her Clinical Pastoral Education at Children’s Health, Dallas TX where she served as a Volunteer Chaplain, before joining Georgetown. 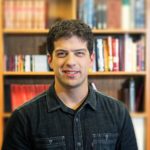 Max is a native of Cleveland, Ohio, where he attended St. Ignatius High School. He graduated from Boston College, where he earned both a BA in Philosophy and German Studies and an MA in Philosophy. While pursuing graduate studies at BC, he served as a Peer Minister through Campus Ministry and Residential Life. Max spent two years in the Twin Cities discerning a religious vocation as a Jesuit novice. He currently teaches theology at Georgetown Visitation Preparatory School in Washington, DC. 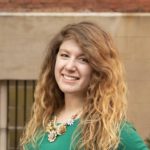 Abigail Dean, a member of the Orthodox Church in America, is extremely local, being from McLean, Virginia. She has a BA in Religious Studies and minor in French from the College of William & Mary and an MA in Theology from St. Vladimir’s Orthodox Theological Seminary; there she wrote her thesis examining female apostleship and participated in prison ministry. 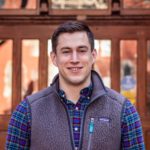 Josh Utter currently works as the Outreach and Advocacy Coordinator of Jesuit Refugee Service/USA. He assists with JRS/USA’s effort to grow and mobilize a diverse and active constituency dedicated to defending the rights of refugees and displaced persons, and to advocate on behalf of U.S. policies that support refugee needs. Before joining JRS/USA, Josh taught English to high school students in Sierra Leone as a Peace Corps Volunteer. Upon his return to the States, Josh spent the next few years in discernment with the Jesuits. Originally from Madison, WI, and a graduate of Loras College in Dubuque, IA, Josh is happy to call DC, and especially Harbin Hall, home. 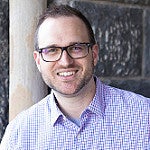 Joel Daniels is a Ph.D. student at Georgetown University in the Theological and Religious Studies program. Prior to coming to Georgetown, Joel earned his master’s degree in Theological Studies from Boston University. Joel has served in various pastoral roles for the past ten years. He lives in the Residence Hall with his wife, Heather, and their children. 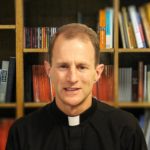 Rev. Matthew Carnes, S.J. previously served as a Jesuit in Residence at Santa Clara University and continues this position at Georgetown. He holds a Ph.D. from Stanford University, Political Science, an M.Div. from the Jesuit School of Theology at Berkeley, an M.A. from Fordham University and a B.A. from Stanford University. Fr. Carnes currently is an assistant professor in the Department of Government and Director of the Center for Latin American Studies at Georgetown. 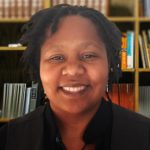 Rev. Rondesia Jarrett-Schell is from a military family and grew up all over the world. Rondesia has over 10 years experience in parish ministry, school chaplaincy, and youth and young adult ministry.Rondesia holds a B.A. in Communication from Gonzaga University and an M.Div from The Church Divinity School of The Pacific in Berkeley California. Rondesia and her husband, Peter, live with their son in Residence Hall. 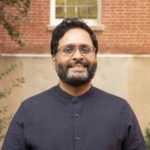 Muhammad Tauseef Akbar is a native Chicagoan. He studied the foundational disciplines of Islam in Cairo, Egypt. On his return to the United States he received a BA in English with a concentration in Creative Writing at North Park University and an MA in Islamic Studies specializing in theology from American Islamic College. He currently works as the Research Director for the Council on American Islamic Relations (CAIR). 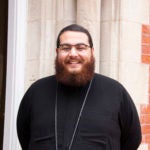 Peter Mansour is a Subdeacon in the Coptic Orthodox Church. He is a first-generation American and the son of two Egyptian immigrants. He received a BA in History and a minor in Religious Studies from the University of Maryland and an MA in Theology from St. Vladimir’s Orthodox Theological Seminary in Crestwood, NY. Peter previously worked as the Director of Youth & Young Adult Ministry for the Diocese of New York and New England. Since 2017, he’s worked as the Pastoral Assistant of St. Barnabas & St. Susanna Coptic Orthodox Church in Baltimore, MD. Peter lives with his wife, Sandra, who is a graduate student at American University. 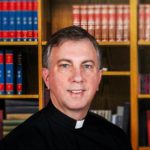 Christopher Steck, S.J. was born in Pt. Arthur, Texas. After working as a design engineer for Texas Instruments, he entered the Jesuits in 1983 and was ordained a priest in 1994. Upon completion of his Ph.D. in Christian Ethics from Yale in 1999, he began work in the Theology Department at Georgetown. In addition to an award-winning book, Fr. Steck has published articles in contemporary Catholic ethics. 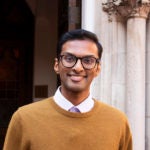 Jimson Mathew hails from the United Arab Emirates. He completed his undergraduate degree in Computer Science from Saint Joseph’s University in Philadelphia, and earned a Master’s in Theology from Villanova University, where he supported interfaith outreach.As disparate as his fields of study can be, so are his interests. Jimson enjoys running, baking, meditating, conversing, delighting, laughing, and watching endless vlogs under the pretense of research. His international background and fields of study inform his curiosity into the stories of our lives, the sayings of our childhood, and our moments of flourishing. 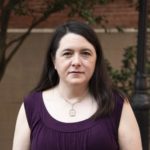 Diane Matous has a Masters in Theology from Holy Apostles and a Bachelor’s in Biology and Secondary Education from Indiana University of Pennsylvania. She has previously worked as a teacher, a director of Hispanic ministry, and a lay missionary, and she is presently working at GUMC. 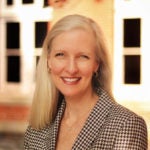 Michelle Siemietkowski (COL ’92, SCS ’98) is the Catholic Chaplain for Spiritual Formation in the Office of Mission and Ministry at Georgetown. She holds a Master’s degree in Pastoral Studies from the Washington Theological Union, a Master’s degree in Religious Studies from Georgetown University and a B.A. in English from Georgetown. She has experience with retreat ministry, spiritual direction, and pastoral counseling. She lives on 36th Street with her family. 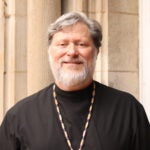 The V. Rev. David Pratt is our Orthodox Christian Chaplain. He is an archpriest in the Russian Orthodox Church. He has held the position of associate professor of philosophy at St. Martin’s University in Washington for the past ten years, and the position of sessional professor of pastoral practice at New York Theological Seminary for the past five. Fr. Pratt previously served 23 years as a U.S. military chaplain and ethicist. He holds a Ph.D. in comparative ethics from the University of Louvain, an S.T.L. from the Jesuit School of Theology at Berkeley, and an M.Div. from St. Vladimir’s Orthodox Theological Seminary. Fr. Pratt will also serve as a residential minister in Reynolds Hall. 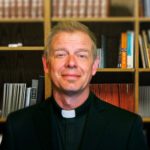 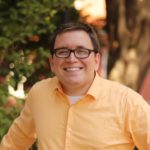 Matt is the Associate Director for Residential Ministry in the Office of Campus Ministry.  He has an M.T.S. degree from Emory University and bachelor’s degrees in mathematics and religious studies from the University of Arizona.  Matt worked in Residence Life for eight years, both at Emory and Georgia Tech, and is a lifelong Episcopalian.  He lives with his family in the hall. 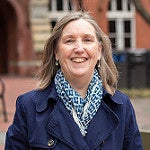 Kathy grew up outside of Philadelphia PA. She is a professor and chair in the Department of Neuroscience (GUMC) where she teaches and leads a research laboratory. Kathy also holds a joint appointment in the Biology department in the College. She holds a Ph.D. from Pennsylvania State University School of Medicine, postdoctoral training from the University of Pennsylvania, and a BS from Albright College. Kathy has received training in spiritual direction in the Ignatian Training Program at Holy Trinity Church and is a member of the Ignatian Retreat team at Georgetown. 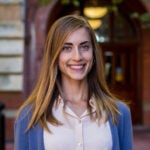 Diana grew up in the foothills of Utah’s gorgeous Wasatch Mountains. She deems herself the awkward product of her father’s gnocchi-loving Italian immigrant family, her mother’s Mormon pioneer heritage, and the avid Harry Potter fandoms she spent her youth with online. Before Georgetown, Diana earned a BA and MA in Sociology from Brigham Young University, played violin in an instrumental post-rock band, learned Mandarin living in Taiwan, and researched American religion at the University of Notre Dame. She joined Campus Ministry in 2017, supporting Jewish, Muslim, and Dharmic Life before starting her current role as Assistant Director for Interreligious Engagement.